The Role of MicroRNA in Cancer 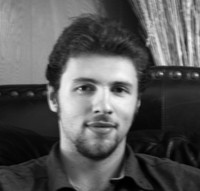 Writer’s comment: I enrolled in UWP 102B (Writing in the Biological Sciences) in order to expand my writing abilities, which I already considered formidable prior to taking the class. However, I lacked an understanding of scientific writing methodology, and Dr. Haynes’ class helped me immensely. Not only did I write several pieces of scientific writing, but I also learned how to properly read a scientific paper, a skill that had not been conveyed to me in earlier classes. “The Role of MicroRNA in Cancer” was my first successful attempt at synthesizing information found in numerous research articles. The assignment called for students to review a topic that they were familiar with, but instead I chose one that stimulated my curiosity. While the essay is intended primarily for students with college-level competence in biology, its introduction and conclusion may be comprehensible to laypeople. Since communication is crucial in science, UWP 102B has contributed significantly to my skills as a prospective biologist.

Instructor's comment: Dmitriy was already an accomplished writer when he came into my UWP 102B class last fall (2007).  His rough drafts always showed that he had put in a lot of fruitful effort, and my job became only to point him towards slight rearrangements and rewordings that would help him connect information and make the readers’ work easier.  This literature review was no exception.  Even though the subject matter is highly technical, Dmitriy was able to take ten recent articles on microRNAs, synthesize the material from these articles, organize it into logical sections, and make it understandable to the target audience for the paper.  I find this last quality the most remarkable.  Dmitriy has an innate sense of how to connect information cohesively and deliver it to the reader quickly without assuming too much knowledge but also without overexplaining the material.  Even a reader who barely knows what messenger RNA is could follow this review and gain something from it.

MicroRNAs (miRNAs) are a class of short (15–25 base long), non-protein-coding RNAs, which regulate mRNA expression. They carry out this function through a variety of methods, including translational repression and mRNA cleavage. They possess complementary sequences to their target mRNAs, which allow them to carry out these functions. MiRNAs are similar to small interfering RNA (siRNA), but are less specific, and hence are capable of affecting the translation of large numbers of genes. MiRNAs have been implicated in a wide range of processes in the human body. While genomic analyses have suggested that the human genome codes for as many as 1000 miRNAs, only 300 have been extracted from human tissue and have had their function described. MiRNAs play diverse roles in cell functions, including apoptosis, angiogenesis, and cell proliferation.

Interestingly, miRNAs tend to inhabit regions of the genome that are prone to damage or mutation. Calin et al. (2004) demonstrated that as many as 52% of the 186 sampled miRNAs clustered around cancer-associated genomic regions. These findings have powerful implications for miRNAs’ role in cancer.

One distinct type of cancer-related gene is the oncogene. Genes that merely have the potential to become involved in cancerous growth are proto-oncogenes, but they become full-fledged oncogenes when they accumulate mutations. Oncogenes actively promote the tumor growth and invasion. They tend to be involved in cell proliferation, embryogenesis, and other crucial cell processes. Mutations in oncogenes are usually dominant.

Multiple miRNAs have been implicated in various cancers, including pancreatic (Bloomston et al., 2007), lung (Takamizawa et al., 2004), pituitary (Bottoni et al., 2005), and breast cancers (Ma, Teruya-Feldstein, and Weinberg, 2007). Due to their regulatory role in posttranscriptional processing, mutated miRNAs can easily lead to over- (or under-) expression of proteins. One of the earliest clusters of oncogenic microRNA, the mir-17-92 polycistron, was described by He, et al in 2005. In 65% of adenocarcinoma and lymphoma patients, pri-mir-17-92, a precursor of mir-17-92, was overexpressed compared to controls. The gene cluster was then transplanted into mice, resulting in 100% of samples displaying leukemia within 51 days. The control sample, on the other hand, showed no signs of malignancy.

Voorhoeve et al. (2006) reported that miR-372 and miR-373 act as oncogenes in testicular germ cell tumors. This particular form of cancer progressed into malignancy despite the presence of wild type p53, an important tumor suppression gene. In their experiments, miR-372/3-transformed cells displayed malignancy that is characteristic of testicular germ cell cancer, indicating that miR-372/3 probably allows the tumor to progress via a different pathway.

Another miRNA—miR-10b—has been implicated in metastasis. Ma, Teruya-Feldstein, and Weinberg (2007) demonstrated that miR-10b increases cell invasiveness in vivo as well as in vitro. This miRNA was overexpressed in secondary tumors of breast cancer. When inserted into a model organism (mouse), miR-10b interacted with HOXD10, an important gene in development, silencing it, and leading to a vast increase in invasiveness.

These results and others show that mutated miRNAs are capable of inducing a variety of steps necessary for cancer progression and development.

A second class of cancer-related genes is tumor suppressor genes. They usually regulate cell processes, but when they accumulate mutations and become inactivated, they are no longer capable of restricting uncontrolled cell growth. Mutations in tumor suppressor genes tend to be recessive, since there are two copies of them in each cell and an individual mutated copy is not sufficient for malignant growth to occur. When both copies accumulate mutations, however, active oncogenes within the cell become unrestrained.

Calin et al. (2002) hypothesized that miR-15a and miR-16-1 may be involved in tumor suppression, since their genes are found in regions that are frequently deleted in patients with chronic lymphomic leukemia (CLL). Likewise, down-regulation of the two miRNAs was chronicled in 68% of the CLL patients examined. Bottoni et al. (2005) confirmed these findings, observing that miR-15a/16-1 levels were expressed in low levels in pituitary adenomas. They also reported that miR-15a/16-1 levels correlated directly with those of p43, a known tumor suppressor gene. Thus, they conclude, miR-15a and miR-16-1 probably regulate the expression of p43, which in turn suppresses tumorigenic growth.

Furthermore, Mayr, Hemann, and Bartel (2007) showed that the miRNA let-7 acts as a tumor suppressor gene with relation to Hmga2, an oncogene. Hmga2 is involved in proliferation during embryogenesis and development, and when it accumulates mutations, it becomes oncogenic. There are several conserved sequences between let-7 and Hmga2, further implying that the miRNA has a regulatory role.

Because they control large numbers of genes, individual miRNAs can have varying effects in different cancers. Calin et al. (2004) reported that a single miRNA, in this case miR-33b, is capable of acting either as an oncogene or a tumor suppressor gene, depending on the sort of modifications that occur. Deletions can lead to oncogenetic properties, whereas hyper-methylation can induce loss of function, which damages the miRNA’s tumor suppressor role. Although miRNA genes tend to be short (~70 base pairs, from which the final product is cleaved) and thus usually do not accumulate gain-of-function or loss-of-function mutations, the fact that they tend to exist in clusters (Calin et al. 2004) greatly increases the likelihood that a genetic or epigenetic effect will modify miRNAs within a cluster.

Medical and diagnostic applications of microRNA

Since miRNAs tend to be over- or underexpressed in most cancers, this information can be utilized to determine which tissue may have become cancerous in the first place. Lu et al. (2005) demonstrated that a relatively simple method—attaching fluorescent beads to oligonucleotides complementary to miRNAs of choice—identifies miRNAs with stunning accuracy. Moreover, they sampled miRNAs from a large number of tumors and normal tissues to find that miRNA levels in tumors were found in hierarchical clusters, indicating not only whether a tissue was cancerous with near perfect accuracy, but also where the tumor itself originated. They further utilized this approach to diagnose seventeen unclassified cancers and found that miRNA analysis is considerably more reliable as a diagnostic tool than mRNA, presumably because there is a great deal of “noise” among the mRNA.

Bloomston et al. (2007)’s work supports this application of miRNA. They sampled over 100 patients with pancreatic ductal adenocarcinoma and chronic pancreatitis, and used microarrays to detect miRNA expression level. They report that a group of miRNAs (some overexpressed and some underexpressed) could effectively differentiate between normal pancreatic cells and pancreatic tumor cells with a 90% success rate. A similar test, using a different set of miRNAs, successfully differentiated pancreatic cancer from chronic pancreatitis with a 93% accuracy rate. The ability to trace a cancer’s progression throughout the body is imperative for proper diagnosis.

While diagnosis is an important clinical tool, a parameter that can also predict survival rates is far more valuable. Bloomston et al. (2007) proposed that miRNA expression values could be used to predict the likelihood of survival over long and short terms for patients with pancreatic ductal adenocarcinoma. While diagnostic tools are currently absent for that particular disease, Takamizawa et al. (2004) reported the use of miRNAs to predict postoperative survival rates of lung cancer patients. Expression analyses of let-7 miRNA were used to group lung cancer operation patients into two groups. Patients with underexpressed let-7 had a far less promising prognosis than those with overexpressed let-7.

The fact that let-7 is one of the better-studied human miRNAs (particularly in lung cancer) is what allowed this prognostic application to be viable. However, much more work needs to be done with regard to other miRNAs and other human cancers. The work of Bloomston et al. (2007) on pancreatic cancer, for example, will likely inspire a number of further studies on prognosis via miRNA. However, multi-variate analyses of large clusters of miRNA will be necessary in order to have the desired prognostic effect for more complicated cancers.

MicroRNAs are a relatively new category of short regulatory RNAs that are found in chromosomal regions vulnerable to damage or re-arrangement. Their role in cancers has recently been demonstrated to be very significant: over 50% of the miRNAs examined by Calin et al. (2004) were found to be in cancer-related genomic regions. Due to improved detection techniques, miRNA profiles have become an important tool in diagnosing the origin and type of certain cancers. Moreover, their expression profiles can predict survivorship over the course of years. Thus, miRNAs are likely to play an important role in the understanding and treatment of cancer in the near future.